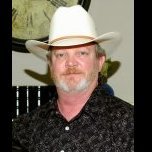 By Mike Hoodenpyle, May 12 in Guitar Gear, Amps, Effects, Pedals