News from the 2021 Gathering 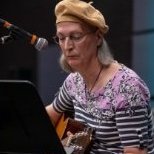