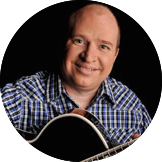 By Steve Krenz, March 28, 2019 in Past Guitar Gathering Conferences